Changing Haiti one city at a time

Back in 1995, Byssainthe-Loubens Theork and a few of his friends decided to start a study group named "Neg Lakay se Neg Lakay" (the idea that we are one).  The goal of the group was to foster greater friendship among students from various background in Ile de la Tortue, Haiti.  Unfortunately, the Theork family moved to the United States in 1998.  Many prominent leaders within the group also moved to other places to further continue their higher educational studies.  As a result of the lost of most of the leadership, the group became non-functional for about 2 years.  Most of the resources used were provided by the Theork family, under Loubens' leadership.  When Loubens resigned his post to move to the United States with his family, no one wanted to take on his vacant leadership post because people felt that that whoever replaced Loubens should continue to provide the resources needed to keep the group running.  The few remaining members decided to changed the group's by-laws to allow Loubens to lead from abroad in late 1999.

Starting in 2000, Loubens decided to change the focus of the group from that of a study group to a privately operated non-profit organization.  In addition to the study group, a scholarship component was added to help struggling members pay their educational fees.  The name of the organization was also changed to "L'Union Fait LaForce" meaning Unity Brings Strength, a slogan taken from the Haitian flag.  The program started by paying for school 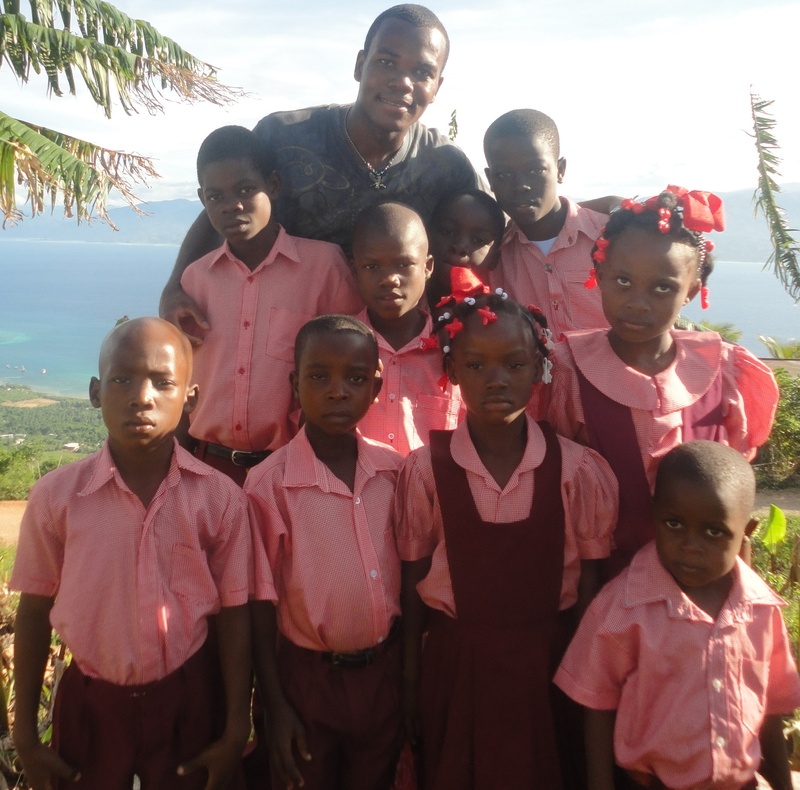 for about 3 students.  By 2002, it grew to about 10 students and expended to Port-de-Paix.  After his first trip to Haiti in 2002, Loubens also expended the program to Port-au-Prince and increased the number of students in the scholarship program to 15 students.

Starting in 2008, two new managers/directors were added to the program and day to day management were transferred to the managers.  Mne Williams Arisnord has managed the program in Ile de la Tortue and Port-de-Paix since 2006.  Lucia Frederick Emmanuel, who has been unofficially managing the program in Port-au-Prince since 2002 officially became a manager in 2008.  Also, since 2006, we decided to provide at least 25 scholarships a year.

In response to the January 12, 2010 earthquake, which devastated Port-au-Prince and destroyed most of the educational facilities in the capital, the Theork family decided to expend the program in Ile de la Tortue and Port-au-Prince to help some of the earthquake victims.  We also expended the program to Saint-Marc, a city about 45 miles from Port-au-Prince. Prior to the earthquake, we were giving about 35 scholarships a year.  That number increased to about 50 after the earthquake.  Also, Loubens won $10,000 from the Posse Foundation in 2010 for his work in Haiti.  Loubens in return donated that money to L'Union Fait LaForce" to continue to support the scholarship program while Loubens was completing his Graduate studies.  Loubens completed his MBA as a Beta Gamma Sigma with a focus on Entrepreneurship and Small Business Operations at Suffolk University (The Sawyer Business School) in May 2012.

In addition to providing scholarship to low income families in Haiti, L'Union Fait LaForce has decided to work directly with schools for the first time in 2010.  Prior to 2010, scholars were primarily selected by the Theork family and the program directors.  Starting in 2010, this has changed to now select students in partnership with the local schools.  This partnership brings us a step closer to our ultimate dream to do an overhaul reform of the educational system in Haiti.  More to come on this.